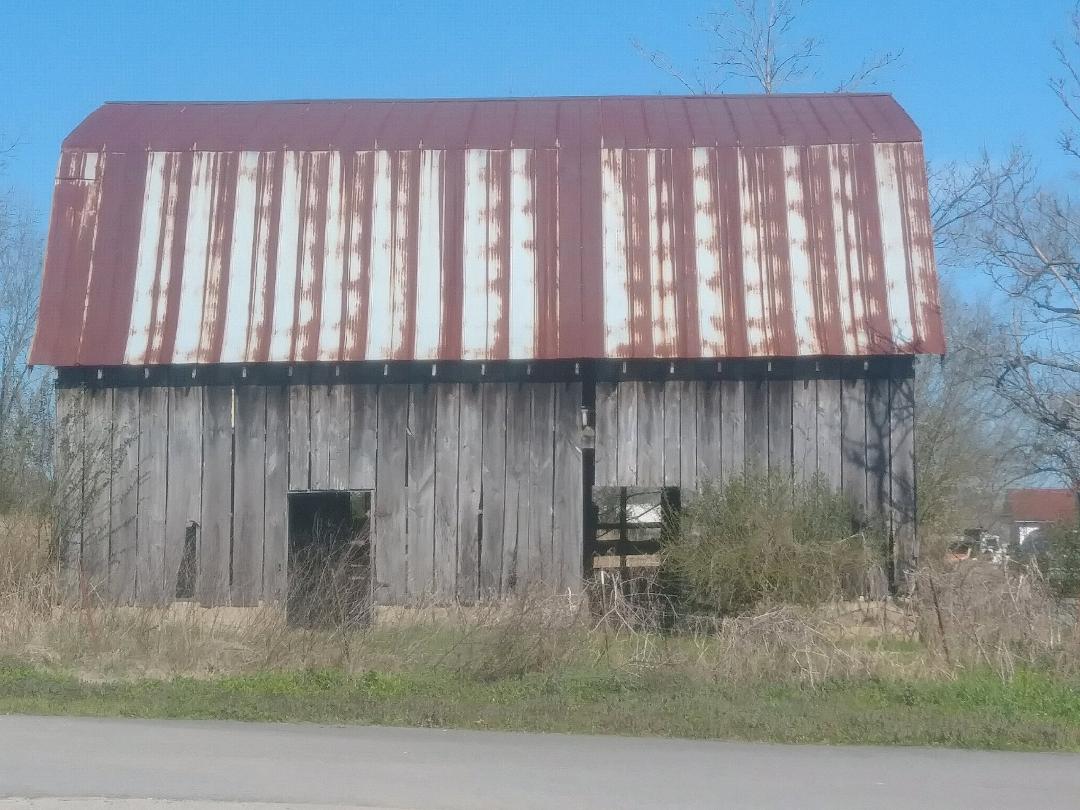 For spring break, the children and I took a trip to my hometown in Arkansas. The kids were taken aback by the rust and decay of so many buildings in rural Arkansas. The weathering and littering of front porches intrigued them as such is not common where we live. In fact, our first night, they insisted on driving around a 601-population town.

The scenery was all so novel to them. To me, it felt familiar and abnormal at the same time, as “going home” trips can feel.

I felt oddly drawn to the rusted metal roofs, the sagging front porch, the collapsed drainage ditch. It felt like my youth, both in familiarity and age. Dreams and beliefs long abandoned. Colors faded and turned to gray. Establishments replaced by new shinning ventures, hoping to fair better and longer than the one I knew.

When I first lived here, I was growing and bright and bendable. The countryside meant adventure to me, then. Now, I see lack. Phrases like “fly over states” float to the top of my consciousness. I see the deep divide of culture and experience and opportunity which causes people to talk past each other.

My kids thought the broken, empty houses and buildings were sad. I thought “they just are.” Nothing lasts forever. I see socio-political forces behind the small town’s rust. I see my own past fading in the rust.

Decaying like my right knee which occasionally “acts up,” as old folk say. Ruined like the innocent belief in Santa. Abandoned like notions that I can be anything I put my mind to or racism is dead.

But none of it made me sad. It just was. It’s just the progression of time. No one can believe in Santa forever, and one grows old or dies young.

It’s the passage of time that destroys, but it doesn’t make me sad this time. This time, I look at what was and know naïve ideas cannot withstand the reality that comes with maturity any more than a metal roof can withstand rust.

The dreams of a young country girl roaming the outskirts of Searcy, Arkansas have died, changed, and matured. But it doesn’t make me sad. It’s just what time does.

Tell me what you thought Cancel reply